Following clear statements by Turkish officials about the possibility of sitting at a table with officials of the Assad regime, Moscow announced a tripartite meeting that brought together Defense ministers, Turkish and Russian intelligence, and the Assad regime. This meeting, described as positive by Moscow, is the beginning of the process of normalizing relations between Ankara and the Assad regime in light of a Turkish domestic atmosphere dominated by tension and anticipation following the terrorist attack in Istanbul and the Turkish elections just a few months away.

Officials in the ruling Justice and Development Party see the rapprochement with Assad as a trump card in front of the propaganda that the Turkish opposition has unleashed against Syrian refugees over the past two years. Will Türkiye emerge victorious from its reconciliation with the Assad regime, or will this step backfire with Türkiye coming out of this deal as a loser? Also, the most important question for Syria concerns the options of the Syrian opposition after this normalization.

At the outset, two key points must be emphasized before talking about the file of normalizing relations between Erdogan and the Assad regime.

The first is recent polls conducted on Turkish voters about their priorities in the upcoming elections. The economy dominates with 74.3%, while the refugee issue accounted for only 3%. Therefore, the effort by AKP politicians and the researchers who support their exaggeration of the issue of Syrian refugees and its importance to their electoral chances falls short of reality and is misleading at best.

Türkiye will not be able to force refugees to return to areas under Assad’s control, no matter how much it tries to justify it with the need for security, calm, and the promises the Assad regime will make

As for the second point, polls show that the AKP is the Turkish party most in favor of normalization with Assad, contrary to reports in the Turkish and Arab media that see Erdogan’s policy change on the Syrian file, and the move towards normalization, as an urgent decision for which the Turkish opposition paved the way.

So, is normalization with Assad a panacea for Erdogan and his party?

Under international law, Türkiye will not be able to force refugees to return to areas under Assad’s control, no matter how much it tries to justify it with the need for security, calm, and the promises the Assad regime will make. The international system, led by the US and Europe, still sees Assad and his regime as the cause of the problem rather than a party to the solution. These countries consider the areas under regime control to be insecure. As for the refugees themselves, they have lost confidence in this regime since the beginning of the revolution. Therefore, even if Türkiye reconciled with the Assad regime, and even if Assad issued more amnesty decrees, the decision to return to his territories would not be an acceptable option for Syrian refugees living in Türkiye.

Currently, Turkish authorities are carrying out the process of deporting many Syrian refugees under the pretext of their illegal entry into Turkish territory, or the expiration of residency permits. Although this step is against international law, Turkish authorities claim that since the expulsion is taking place in areas controlled by the Syrian opposition it does not have significant repercussions among Syrians in Türkiye and internationally. On the contrary, the forced deportation of Syrian refugees to Assad’s insecure areas will not only result in a hugely negative reaction from the Syrians in Türkiye but internationally as well. Therefore, normalization with Assad will not provide a practical solution to the issue of Syrian refugees in Türkiye.

As for the issue of Kurdish militias in north-eastern Syria which Türkiye considers terrorist organizations, it will also not be affected by the nature of relations between Ankara and Assad as it is well known that this region is firmly protected by Washington. This protection prevented Ankara from proceeding with a new military operation, and this protection prevents Assad and his Russian and Iranian allies from entering the area militarily. Instead, the US has increased its presence there, sending new forces to Raqqa and Hasakah from which it had withdrawn in late 2019. In the same context, Washington has provided quality weapons to the SDF militia which is considered an implicit message to the Turks and Russians that there will be no policy change in eastern Syria even if Ankara adopts a new policy west of the Euphrates.

Regarding the talk by some Turkish politicians that discussions with the Assad regime, mediated by Russia, will give Ankara the right to a military incursion to a depth of 35 km as part of an amendment to the Adana Agreement of 1998, this enticing amendment to the Turkish side will remain ink on paper given the US presence in eastern Syria. As a result, this region will remain out of Assad’s control and an obsession for Türkiye with, or without, normalization.

Ankara should not forget that Assad and his regime are responsible for many of the terrorist attacks that have hit Türkiye over the past twelve years, the bloodiest of which was the 2013 Reyhanli bombings in which dozens of Turks were killed

Did the Turkish government study this step logically considering the Assad regime’s long history of lying and gaslighting? Here it is essential to stress the negative aspects of this step, assuming that Assad will return to control the entire Syrian geography.

Ankara should not forget that Assad and his regime are responsible for many of the terrorist attacks that have hit Türkiye over the past twelve years, the bloodiest of which was the 2013 Reyhanli bombings in which dozens of Turks were killed. Does the administration in Ankara expect that if Assad takes control of the border with Türkiye he will protect its national security? Or will she allow herself to be held hostage to his blackmail and criminality?

Speaking of concerns, observers of the Middle East and the PKK organization, considered Türkiye’s number one obsession, know that relations between this terrorist organization and the Assad regime (father and son) have never been severed. In addition, this regime plays an important role in supporting this organization through a powerful lobby within its leadership. In my opinion, even the recent attack on Istanbul has the fingerprints of Assad himself.

Geopolitically, the step of normalization with Assad will deprive Ankara of the importance of its role in the Syrian file and hand it over to Assad once it has recognized his legitimacy. This influence gained by Ankara was important in its rapprochement with Moscow, it was used to assert itself as a regional and international player vis-à-vis Europe on the refugee issue, and it brought gains and rapprochement with the Gulf countries which are important for the Turkish economy. Some Turkish officials may also avoid talking about the direct role of some militias linked to the Syrian military opposition in Ankara’s geopolitical victories in Nagorno-Karabakh and Libya. Through normalization with Assad, Türkiye will have sacrificed all of the above.

Statements by some opposition figures about the possibility of normalization with Assad should not be taken seriously, as everyone knows that the Turkish opposition is openly close to Washington

What are the options of the Syrian opposition in the event that the road to Turkish normalization with Assad is completed, or even in the event of its failure? The most important step must be to restore the Syrian revolution to the Syrian people through a political movement led by independent Syrian personalities representing all sides, ethnically and religiously. This formation will include figures who have their own history in the Syrian struggle and refused to play the role of mercenaries. The important policy moves accomplished by the Syrian Council in the US that contributed to the Caesar Act and the fight against Captagon should be built upon as well.

Moscow’s bazaar to sell the Syrian revolution has just begun. Its chances of success are slim on the ground, but it becomes necessary to restructure the body of the revolution politically and militarily again. 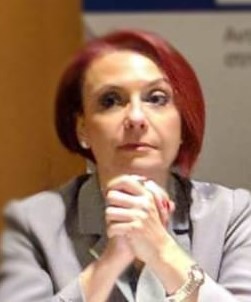