Analysis | Why won’t the U.S. help in Syria?

Syria, an Arab country in the Middle East, has been engaged in what appears to be an endless war since March of 2011. Triggered by the Arab Spring protests, Syria’s civil unrest grew out of discontent with the authoritarian regime led by President Bashar Assad and his supporters (Iranian-backed militias, including Lebanon’s Hezbollah, and as of 2015 Putin’s Russia) and escalated into an armed conflict when Assad attempted to put down the opposition.

More than half a million people have been killed, more than a million injured, and approximately 12 million have been displaced,  almost half of the country’s pre-war population. So why don’t we hear more about this in the United States?

The U.S. government is certainly aware of the conflict. Just recently, the U.S. Treasury Department amended the Syrian Sanctions Regulations to expand the authorizations for NGOs to engage in certain transactions and activities. “The U.S. government prioritizes expanding humanitarian access throughout Syria to alleviate the suffering of the Syrian people, who continue to face armed conflict, food insecurity and the COVID-19 pandemic,” Andrea Gacki, Director of the Treasury’s Office of Foreign Assets Control, said in a statement.

A study published in 2019 on Transnational News Media Coverage of the conflict in Syria (Xu Zhang and Catherine A. Luther) found that CNN, Al-Jazeera English, and Sputnik all commonly employed a “mass death and displacement” frame around the story. That means they focused on brief facts and shocking statistics without detailed depictions of human suffering. This kind of coverage may elicit an initial response from the viewer/reader but with no other content, or “meat,” the story goes stagnant.

In a 2018 article by Lyse Doucet looking at the “CNN Effect,” the author alleges that media does not drive strategy but plays a significant role. “During the Syrian crisis, the media formed part of what officials describe as constant pressure from many actors to respond, which they say led to policy failures. Syria’s conflict is a cautionary tale,” says Doucet.

It is not surprising that a war brought on by social media (Arab Spring was Facebook-fueled) would also be fought on social media. The Syrian War is arguably the first “social media war.” Fighting and restrictions kept the media off the front lines, so much of what we learned came from activists’ posts on social media. Unfortunately, social media is often used as propaganda as much as it is used to convey information.

“The devastating conflict in Syria has again brought into sharp focus the complex relationship between the media and interventions in civil wars in response to grave humanitarian crises. Syria’s destructive war, often called the greatest human disaster of the twenty-first century, unfolds at a time of unparalleled flows of imagery and information. It is testing in unprecedented ways the media’s influence on decision-makers to drive them to take action to change the course of a bloody confrontation or ease immense human suffering.”

Add to that the fact that Syria is engaged in the “most tangled geopolitical conflict of our time,” according to Doucet. “The West, Arab states, and Turkey have provided significant military support to an array of rebel fighters including hardline Islamists. Russia and Iran-backed militias bolstered Syrian government forces with formidable firepower. There have been many agendas, no easy answers, and no consensus on a way out of the crisis.”

Although President Obama declined to act militarily on the Syrian conflict, preferring to act diplomatically, President Trump declared he was launching a military action “to end the slaughter and bloodshed in Syria.” This was a president that wanted to respond to disturbing images he had seen on television, so he did. But that was a one-off, a knee-jerk response to the media coverage and a complete reversal of his previous stance to stay out of the conflict in Syria. It did little to help.

Obama had decidedly stayed away from viewing television coverage during his presidency but was still bombarded daily with pleas to intervene in Syria, especially after gas attacks on civilians were reported on and posted about on social media. Even his own cabinet urged action, to which Obama replied, “How does this end?” In 2011, he called on Bashar Assad to step down. That was never going to happen.

The lessons learned in Iraq taught the U.S. that superior military power does not translate automatically into superior political influence, especially in the Middle East. A top advisor said of Obama, “The president struggled with Syria in a way I didn’t see him struggle with any other issue.”

The question of why the United States and its citizens are not up in arms about the Syrian conflict has to do with a confluence of factors: continuous coverage diluting the story, people being more concerned about what is going on in their own lives, and there’s a sentiment about conflict in the Middle East that, “They’ve always had war and unrest. Let them handle it themselves.”

Readers of Aldous Huxley’s Brave New World may recognize the world we now live in: a world where information flows so freely it is often ignored, where populations are controlled by medication, and everybody minds their “own business.” 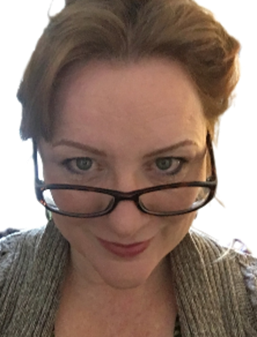 Sarah Kittle
Sarah Kittle is the managing editor of the Chaldean News. She has a BA in communications and public relations from the University of Michigan. She lives in West Bloomfield, USA, with her youngest son and her cat.