When the Assad regime’s media outlets discussed Bashar Assad’s decision regarding the grant that was disbursed to state employees this December, they made it sound like it was something pretty special for which all the recipients should be exceedingly grateful. In reality, their exaggeration served to be nothing more than another propaganda campaign to boost Assad’s image as the grant of 100,000 Syrian pounds that government employees received equaled approximately $ 14 USD in Syria’s failing economic system.

It didn’t take long for the criticism to start piling up inside and outside of Syria on the decree of this grant and its meager amount. Syrians at all economic levels are struggling just to survive and in their current economy, 100,000 Syrian pounds might enable the Syrian citizen to buy nothing more than two rotisserie chickens or two kilos of meat proving once again that Assad is not the least bit interested in improving the living conditions of Syrians, or their physical suffering and economic problems.

The ridiculousness of this grant is a message that can only be interpreted as an affirmation by the Assad gang of its inferior view of the people, and evidence of the superiority they believe they have over their citizens, including their own loyalists. Sadly, this is not the first time that Bashar Assad appears to be mocking his people and the people are not amused. Since the announcement last week sometimes heated debates began in the Syrian streets and are still going on about the absurdity of Assad’s most recent gesture.

Mostafa Alsayed, a Syrian economic analyst, elaborated on how the Assad regime is still trying to fool Syrians. “I think that giving this poor grant to Syrians is proof that Assad is trying his best to prove to everyone that he is still in charge of the country, even though all Syrians know that it is the Russians and Iranians who are controlling everything in Syria,” Alsayed told SYRIAWISE.

Rather than being a government devoted to serving its people, Bashar Assad’s regime views the Syrian people as servants that he and his government can control as he wants. Unlike the free countries in the world where financial aid is distributed to their citizens during times of crisis and is considered a part of the government’s duty in caring for its citizens, Assad speaks about every grant that has ever been distributed as if it was a personal gift from his pocket to the Syrian people.

A sport trainer in Aleppo told SYRIAWISE: “I’m trying my best to leave with my wife and our three kids and settle anywhere away from Syria. We are dying slowly every day that we remain here and I want to end the sufferings of my kids and the humiliation we are being subjected to by this regime. The grant that we got last week didn’t even allow me to buy winter shoes for my youngest child and that is painful for me.”

The shortage of all necessary basic materials in Syria continues to worsen by the day. An owner of a grocery store in the Old City area of Aleppo told SYRIAWISE: “The volume of sales has decreased by 80% and no one buys with cash anymore, and this is very difficult for me regarding the issue of liquidity. In addition to that, many dairy products and other perishable food items spoil because they go bad before they are sold. I will announce next week at the beginning of the new year that the warehouse will be closed due to shortages and lack of sales.”

Assad and his regime are not concerned with the daily sustenance of their citizens, but are only concerned with marketing their propaganda in order to keep up the pretense that the regime is stable and strong

The situation is exacerbated by the lack of electricity which the regime is only supplying for one hour per day. Even if one has the money to buy food, it often spoils for lack of refrigeration providing more proof that Assad and his regime are not concerned with the daily sustenance of their citizens, but are only concerned with marketing their propaganda in order to keep up the pretense that the regime is stable and strong and unaffected by the world’s sanctions and attempts to hold them accountable for their crimes against humanity.

A dentist who has a private clinic in Aleppo did not expect any hope from this grant to increase her patients for dental treatment. “I closed my clinic last month because there are no more patients who are able to afford even a tooth filling or even a minor treatment,” she told SYRIAWISE. “I sent my nurse and dental assistant home until further notice many months ago because I can’t even afford to pay them enough to cover their transportation costs for getting to get to work and back.”

Many Syrian expatriates now living in other parts of the world have been helping their families, relatives, and loved ones in Syria on a monthly basis. Many humanitarians who are not Syrian are also helping people in the beleaguered country. But even those who are voluntarily helping Syrians in their struggle to survive would be embarrassed to transfer such a meager amount.

Many who kept silent and chose to remain in Syria after the revolution began are now beginning to lose their fear of the regime and are speaking what’s on their minds. As they see their living conditions continue to deteriorate in the regime-controlled areas of the country, they have realized that Assad’s concern for his own welfare which inspired him to turn to Russia for help does not extend to the well-being of his own people. While his regime has been able to survive thanks to the revenue they receive from the trafficking of drugs in the Middle East.

the solution to Syria’s economic woes is still in the hands of Assad. If he truly cared about Syria, its sovereignty, and its people, he would forgo the frivolous “grants”, step down, and release all Syria’s citizens from the miserable prison

Russia has been allowed to take control of all of the country’s ports in return for helping to keep Assad in power. Recently an Assad media analyst was heard imploring Russia to come to the aid of the people on SAMA TV, since the Russians control the ports it would be easy for them to send humanitarian aid. But the pleas appear to be falling on deaf ears.

For years all international efforts to facilitate a resolution to the crisis in Syria have come to naught due to the lack of cooperation by Bashar Assad. But the solution to Syria’s economic woes is still in the hands of Assad. If he truly cared about Syria, its sovereignty, and its people, he would forgo the frivolous “grants”, step down, and release all Syria’s citizens from the miserable prison that their country has become under his self-serving and self-aggrandizing rule. 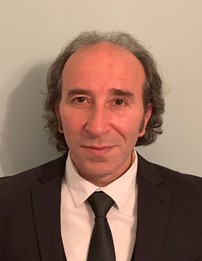