Born in exile: Syrians at risk of statelessness

To be stateless is not to be recognized as a national by any state. This happens due to gaps in nationality laws and states’ political decisions, such as state succession. The consequences of being stateless involve exclusion from access to rights such as education, movement and healthcare. Stateless persons are usually hindered from having a formal job, and often face marginalization.

The complex situation in Syria has caused many people to leave the country, triggering various cases of Syrians dealing with statelessness or being at the risk of facing it. The UN believes that 30,000 Syrian children born in exile in Lebanon and 60,000 born in Turkey are at risk of statelessness. This happens in part due to the difficulty in registering the newly born children (issuance of birth certificate) in the host country.

The birth certificate plays a central role in the establishment of the Syrian nationality, as it proves the relation of the child to a Syrian father, the only parent who can transfer nationality according to the Syrian law. Difficulties in issuing the birth certificate in the host country include lack of documents required by the registering authorities, such as the parents’ proof of nationality and their marriage certificate (which is essential to prove filiation to a Syrian father). With many refugees having lost their documents, or having had them confiscated or destroyed, it is hard to fulfil all the requirements for the issuance of the child’s register. In many cases, parents have to present proof of legal stay in the host country in order to be able to issue the birth certificate. The lack of documents can hinder this procedure, hence making it even harder to register the child.

The displaced people who have documents that need to be renewed in order to register a child also face difficulties: many renewals have been rejected with the allegation that they are no longer citizens. People who report this issue believe it to be due to their former membership or support to opposition groups in Syria. The closure of Syrian registries due to the conflicts have also hindered many from issuing documents that are essential for their identification as nationals and for the issuance of a birth certificate. Other challenges faced in issuing that document are refugees’ lack of awareness about the host country’s procedures (such as the deadline to register a baby), prohibitive costs and language barriers.

In order to overcome all these challenges, displaced Syrians sometimes use coping mechanisms such as purchasing falsified documents and returning to Syria to have access to existing documents. Such measures can expose them to risks of arrest, exploitation and detention. A few recommendations issued by the Norwegian Refugee Council and other specialists aim at making the access to registration of children in the host country easier.

Among the suggestions is the acceptance of the need to adapt registering procedures to a more effective way without taking into consideration the reasons why many displaced people were not able to register. A simplified registration in the host country would make it easier to acquire legal status, which is a requirement for issuing the child’s birth certificate. Another recommendation is to take measures to ensure that refugees that crossed international borders are able to retain the documents issued in their host countries, avoiding the need for re-issuance. 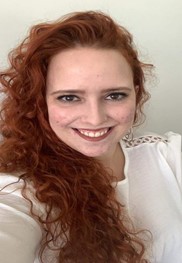 Ana Raquel Menezes
Ana Raquel Menezes is a Brazilian lawyer and a researcher in migration studies. She holds a Master’s in Migration and Intercultural Relations. She has worked in different countries providing legal advice to refugees and migrants, including North Macedonia and South Africa. She has recently released her book Statelessness: Theory, Analysis and Good Practices from Brazil, and currently works as a human rights law adviser at the Ministry of Human Rights in Brazil.