On Christmas Day, a pine tree decorated with toys, stars, lights and symbolic dolls is erected. It is an ancient ceremonial ritual that originated in Old Syria and strongly adopted later in the Northern Hemisphere, when the shortest day and longest night of the year falls on December 21 or December 22 and is called the “winter solstice”.

The presence of evergreen branches, such as pine and cypress, testifies that all green vegetation will grow back when the sun god returns strong and prevails in summer

The ancient people believed that winter came every year after the “sun god” became weak and sick, and that the arrival of the winter solstice meant that the sun god would finally begin to recover. The presence of evergreen branches, such as pine and cypress, testifies that all green vegetation will grow back when the sun god returns strong and prevails in summer.

It was believed in many Middle Eastern civilizations that greenery would drive away witches, ghosts, evil spirits, and diseases

Birth of a ritual

Long before the advent of Christianity, plants and trees that remained green throughout the year had a special meaning for the inhabitants in winter. Just as people today decorate their homes during the holiday season with pine trees, ancient peoples hung evergreen branches on their doors and windows. It was believed in many Middle Eastern civilizations that greenery would drive away witches, ghosts, evil spirits, and diseases.

For example, the winter solstice incident was sacred in the Syrian civilization, as many of the literature in it contained remembrances and religious prayers related to the rituals of worshiping the sun god. The neighboring peoples of this civilization were influenced by the consecration in their rituals of this sacred event, and this is what made the Council of Nicaea in 325 to adopt December 25 as Christmas, “where the birthday of Christ is on the longest night and the shortest day (astronomically), after which the short night and day begin to increase, as with the birth of Christ (Light of the World) the night begins to decrease and the day (the light) to increase” (according to the website of Anba Takla, which specializes in the heritage of the Coptic Orthodox Church in Egypt).

Egyptians decorated their homes with green palm trees, which for them represented the triumph of life over death

This is in addition to the texts of the dynasties of the pharaohs in Egypt, who followed a Syrian god named Horus that the Hyksos brought him with them to northern Egypt, and then the subsequent dynasties of the pharaohs replaced him with the god “Ra” who had a falcon’s head like the head of Horus, and they put a burning disk representing the sun in his crown. Hieroglyphs say that at the time of the solstice, the god Ra began to recover from his illness. So, the Egyptians decorated their homes with green palm trees, which for them represented the triumph of life over death.

This tradition will pass in the Christmas trees of Europe, especially in the north, where ancient priests decorated their temples with evergreen branches as a symbol of eternal life

When the Roman Empire invaded those civilizations, they took this ceremonial ritual. This tradition will pass in the Christmas trees of Europe, especially in the north, where ancient priests decorated their temples with evergreen branches as a symbol of eternal life. With the spread of Christianity, this rite was associated with the birth of Christ, which was agreed to be at this time (sacred to those peoples who previously worshiped the sun god) with the addition of lit candles and  some decorations as well. They were first brought to America in the nineteenth century.

It is worth mentioning that Germany, in the sixteenth century, played an instrumental role in consecrating this festive ritual with the Christmas tree as we know it now, when Christians brought decorative trees into their homes.

The sixteenth-century Protestant reformer Martin Luther was credited with being the first to add lit candles to a tree when he was returning to his residence one winter evening, and was stunned by the brilliance of the stars twinkling in the greenery. To restore the scene for his family, he erected a tree in the main room and fixed on its branches the lit candles.

In Britain and America

Historical literature records in Britain and America recorded in the seventies of the eighteenth century tell that Charlotte, King George III’s German-born wife, regularly decorated trees on the occasion of a holiday. The German-born Prince Albert and his wife, Queen Victoria, spread the tradition among the British, with the couple making Christmas trees a prominent part of Christmas celebrations, and in 1848 an illustration of the royal family about a decorated tree appeared in a London newspaper. Christmas trees quickly became popular in English homes.

British and German settlers also introduced Christmas trees in the United States, although the custom was not initially embraced. At the beginning of the ritual in the United States, many hardliners opposed the idea because of its pagan roots, and Massachusetts Bay Colony officials banned the celebration of Christmas.

Christmas only began to gain popularity in America in the twenties of the 19th century, and the country’s first Christmas tree is said to have been displayed in the thirties of the same century.

Thus, with the interaction of civilizations in the 20th century until today, Christmas trees have spread around the world with their religious symbolism for some and cultural one for others, and varied between real pine trees, and fake trees that are less expensive and less harmful to the environment. In all of these stages, one thing is certain: Ancient Syria was the birthplace of this pre-Christianity tradition just as it was the birthplace of Jesus Christ himself. 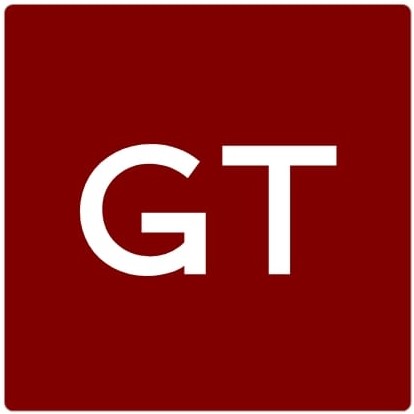