Post-colonial Africa has found itself wedged in the creases of the rapidly resurfacing Iron Curtain of the old order. As opposed to establishing full autonomy and the right to self-determination through its Cold War era liberation efforts, the African continent has become grossly indebted to the powers that bolstered its quest for freedom from the clutches of Colonial domination.

Africa’s longstanding relationship with present-day superpowers such as Russia and China has gone from being one of revolutionary comradery to one of dominance and submission, with the Africans being on the losing end. African giants such as South Africa are loathe to criticise or speak out against the atrocities committed by its old revolutionary friends. However, there is one brave African who has not allowed himself to be intimidated by the hegemony of these former Eastern Bloc heavyweights.

In his quest to alleviate human suffering, Dr. Imtiaz Sooliman of South Africa left his career as a successful doctor 30 years ago to embark upon what would become a global humanitarian initiative, offering assistance to all people irrespective of culture, creed or border. In 1992, Dr. Sooliman established his charitable organisation called Gift of the Givers. From its initial operations in South Africa 30 years ago, Gift of the Givers has transformed itself into a philanthropic giant providing aid and sustenance to destitute people the world over. Dr. Sooliman and his team at Gift of the Givers have extended their reach into conflict-ridden areas by establishing hospitals, schools, agricultural schemes and numerous other projects.

The relief work done by Gift of the Givers was extended into northern Syria, following the outset of the Syrian conflict. Ar-Rahma Medical Complex was established in 2012 and this facility now serves 25000 patients on a monthly basis. Medical services ranging from emergency and ambulance services to dental and paediatric and kidney dialysis treatments are also made available to the tens of thousands who need them. Aid is also given to educational programmes and hunger alleviation projects which provide daily meals and seasonal food parcels on an annual basis.

Despite the inability of the South African government to assert itself within the BRICS arena, it has nonetheless acknowledged the exemplary humanitarian efforts of Dr. Sooliman by awarding him with The Order of the Baobab in Silver. Amid calls from many South Africans for Dr. Sooliman to run for presidency, he has made it clear that his motives are by no means political but are instead a ‘spiritual responsibility’.

Global events over the last years have left many feeling faithless and forlorn, but the Gift of the Givers is just one example of the fact that goodness can prevail. 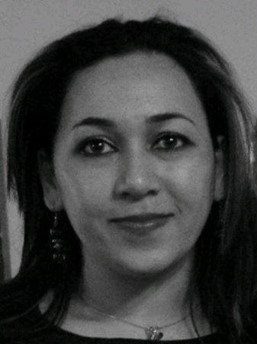