As a human being, seeing the video of Al-Tadamun Massacre published recently by the Guardian, and reading the full report published on New Lines Magazine by the researchers who conducted the investigation, I hope that my feelings of disgust and anger are shared by every single person watching or reading the video and the story behind it.

As a Syrian who was only 11 when the revolution started, I have experienced a mixture of endless emotions watching the footage: Feelings of every possible anger, disgust, resentment, rage and fury a human being can possibly feel. However, there was this feeling of overbearing emptiness, of absolutely no words, and of nothing left really to say.

Seeing the thing that we Syrians already know, we wish that the rest of the world would realize that this is the tip of the iceberg that took down the Titanic. This footage of monsters showing their faces as they cold-heartedly murder old and young people who were once teachers, farmers, pharmacists, doctors, or engineers being shot down and murdered as they were savagely thrown into a mass grave with over 40 bodies. These videos, massacres, stories, detainees, and survivors that somehow made it out alive, photos of Caesar, all of these pieces of evidence equate to just the tip of the iceberg.

What were the other torture methods used by the Assad regime on people who never made it out and are no longer with us today?

When we see the media or the world giving us a millisecond of their ears and attention, by creating news articles about this unimaginable footage, we stop and think: Do they really know that what the Assad regime forces and allied militias have done to the Syrian people is only a drop in the ocean of uncovered criminality and brutality?

What is more shocking is not what we have already seen. It is what we have not seen, but has been committed in reality: The endless methods of torture and killing, both physical and psychological and the mass murders that created mass graves like the one in this massacre. If what has been leaked is this ugly and inhumane, can one imagine what is hidden, and what we have not heard about? What were the other torture methods used by the Assad regime on people who never made it out and are no longer with us today?

Future history books will never be able to fit the unimaginable full truth that will one day be revealed. Surely, the Assad regime’s practices against innocent civilians will be no less than a mini-holocaust. The Assad regime carefully chose the perpetrators and the torturers, as well as killers and assassins. All were well-trained to have no hearts and no conscience. To some degree, they could be even seen as victims of a mafia-like regime that feeds on blood and corruption.

What I would like the world to understand is that the most recent massacre revealed by the Guardian which many see as extremely horrific is only 1% of the crimes of the Assad regime. Maybe when that is established and known worldwide, maybe then, just maybe, someone will care enough to do my people justice after decades under the monstrous rule of the Assad family. 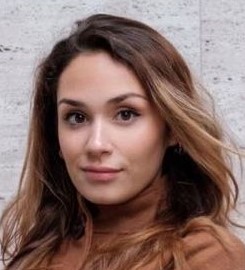 Celine Kasem
Syrian-Canadian by nationality, Circassian-Armenian by blood, with a BA in Political Science and a passion to serve Syrians in their struggle to achieve justice and freedom.