Syria, as we know it today, like any artificial deformed entity, could die as it was born by a decision of the Mandate and the Sykes-Picot Agreement. However, the region, I mean the Levant, has continued through the ages and through so many crises and occupations. So, if Syria dies, then the Levant, being the natural political form of the peoples of the region historically, will continue to exist.

Syria has been deeply wounded at the start of the eighties of the past century, when it turned into a tyrannical and corrupt military sectarian state, and a farm for a person.

Syria partly died when the conflict between the Assad regime and the Brotherhood raged in which the city of Hama was crushed in 1982, creating a rotten wound that over swept the body of the society and the state, leading to their disintegration later.

Syria partly died when Hafez Assad’s son, Bashar, was brought to wear his father’s shoes and inherit a socialist republic in 2000

In the 1980s, slogans such as “Assad’s Syria” and “Assad Forever” were created. It was clear to me that these slogans were a bad omen, and that Assad would be the last Syrian president and that Syria after him would not survive, as the person himself would die one day. This would mean that the person had determined to bring it to an inevitable end.

Syria partly died when Hafez Assad’s son, Bashar, was brought to wear his father’s shoes and inherit a socialist republic in 2000. In 2011, Bashar Assad launched the slogan “Assad or We Will ‘Burn’ the Country Down” when protests broke out against him. He received great support to achieve his desire. The boy managed to ‘burn down’ the country but Syrians still insist on overthrowing the regime to this day.

Syria partly died when around 200,000 young people were arrested and liquidated, and one million Syrians were killed with all kinds of weapons

Syria partly died when the demonstrations that demanded the departure of the regime in March 2011, were met by killing innocent people in the streets at the hands of the regime security machine.

Syria partly died when world powers and regional countries did not allow the fall of the regime in order to reform the state and heal its wounds.

Syria partly died when the minorities and beneficiaries stood with the regime for fear of the revolution of the poor Sunni Arabs and rejected their participation in governance even though they are a majority.

Syria partly died when around 200,000 young people were arrested and liquidated, and one million Syrians were killed with all kinds of weapons, and  the displacement of more than half of the population, the destruction of most of the cities of Syria, and the recruitment of many foreign militias and occupation armies, although people continued to resist in all possible ways, including fighting against extremist Islamic groups.

Yes, the Assad regime has survived, until now, but the state has died, landwise, peoplewise and sovereigntywise, just like Lebanon, Iraq and Yemen

Syria partly died when the conflict lasted for about 12 years, destroying everything, until the country reached the stage of complete disintegration and destruction, and the conflict between the people and the regime deepened to become a national and regional conflict, then a conflict within each component and between the allies themselves, leaving only the Assad’s “den” over the rubble.

Yes, the Assad regime has survived, until now, but the state has died, landwise, peoplewise and sovereigntywise, just like Lebanon, Iraq and Yemen. Death in the region will extend to other countries, and chaos will prevail until chaos produces good forms of political regularity, and this may take an additional ten years of wars and conflicts, as long as everyone agrees not to provide assistance to implement UN Security Council resolution 2254 to impose a military transitional authority that abolishes all the current gangster powers, and achieve security and food first, then the return of the displaced and preparing for the establishment of a democratic political life that rebuilds the Syrian state, and this is essential in restoring stability in the Middle East in general, as Syria is its heart and key.

the Levant will live as it has lived throughout history, but the fire you light in your neighbor’s house will extend to yours

Without a firm international implementation of the Security Council resolution 2254, we will be facing comprehensive civil wars and redrawing a new map of the Middle East in which there will be no Syria, Lebanon, Iraq, among others. I don’t want to be pessimistic any more, but in any case, and under all circumstances, the Levant will live as it has lived throughout history, but the fire you light in your neighbor’s house will extend to yours. 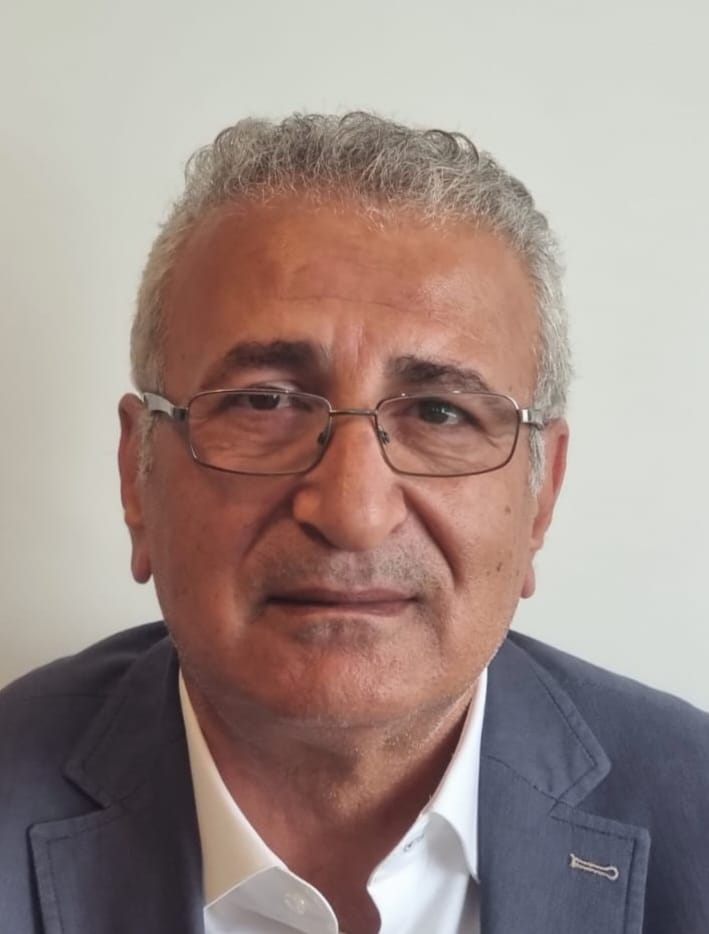