Apart from the daily news and expert analyses of what has been taking place in Syria, there is one overwhelming naked truth that is being completely overlooked or ignored: The country has become the birthplace of a new form of rule that is nothing but the newest version of slavery that can be rightly — using 21st century terminology — called 3.0Slavery.

What Syrians have been are are going through is not a dictatorship, not a totalitarianship, and not a militarianship so to speak. It has a “unique” format of rule in the worst sense of the word. It is the most updated version of slavery. Every other label is just another piece of details.

The country and the vast majority of its people are not only fully controlled or even brutally governed by one person. As a matter of fact, Syrians are being owned and — to be more accurate — enslaved by this one person who is supported by almost every one with power in the world, if not direct at least by abstention.

What really matters for the regime is the well-being of this one person and of course his extended family and those in key regime positions. They need to be hugely taken care of. Anything else is recyclable.

This man has been given all the powers and capacities to destroy whole cities and towns and kill their residents, be them women, children and the elderly in front of the eyes of the whole world which did nothing to prevent this from taking place.

This one-man regime is not to be compared even to the most savage regimes on earth throughout history, not even to current-day North Korea, or Iran’s Mullahs.

This one man has been even allowed to use chemical weapons against his own people time after time without holding him responsible for his deeds.

What is ironical in all of this is that this one person is weak and ill-minded. He is no more than just a facade for a wicked and bloody regime that has been in power in Syria for over half a century now. This is a man with a mission allowed to do whatever he likes to the Syrian people with the aim of subjugating them and bringing them to their knees.

after the proclaimed “victory” of this one man and his junta over a whole people numbered in millions, and the overcoming of “terrorists”, life has become unliveable

To justify the slavery, propaganda has been at the heart of the media tactics to spread fake news about people being terrorists and extremists simply because they demand freedom and dignity.

Now, after the proclaimed “victory” of this one man and his junta over a whole people numbered in millions, and the overcoming of “terrorists”, life has become unliveable. The passage of time is not in the interest of the ordinary people who are suffering all forms of calamities. Hunger strikes most of those who remained silent under his control. More than 12 million Syrians are struggling to put food on the table, according to the UN and the number of people in need of humanitarian aid in Syria has increased to more than 14.6 million, an increase of 1.2 compared to the previous year, expecting it to reach 15.3 million in 2023. Almost complete paralysis overwhelms most sectors of the economy. The Syrian Lira has deteriorated to an unprecedented low ever reached in the country’s history. Businesses are closing down or leaving the country. Diseases, including cholera, have prevailed. There is a shortage in medical supplies. Physicians are abandoning their hospitals seeking better work conditions. Still, those people are demanded to show full obedience and submission.

This one person is not an end in himself as he is just a tool to achieve other purposes that serve the interests of those backing him. He also is being used as a punishment tool for all the peoples of the region, hence he has the blessing and the full protection of the Middle East rulers. He is installed to send a strong message to the Syrians and their neighbors: “Never ever dream of freedom. You are not mature enough for a democracy.”

Although they claim to be not in good terms with this one person, the free world governments have prevented ordinary Syrians from obtaining any material power to defend themselves. In a way, they have enabled him to continue his butchering process of the human flesh of innocent Syrians.

He will be there until further notice. He will be removed only when doing so will best serve the goals of those operating him. Until then, the destiny of a whole people will remain in the hands of a puppet to do whatever he likes. Syria is in the darkest of times with no foreseeable light at the end of the Assad tunnel. 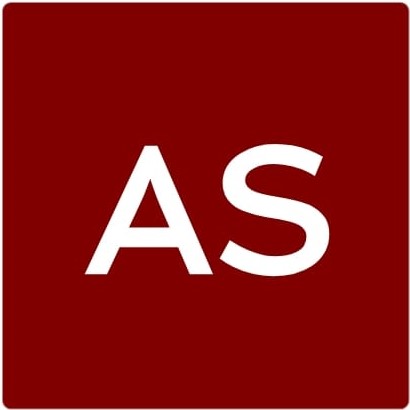