After a few conversations with friends in Damascus, Aleppo and Latakia, I came to realize that the situation in Syria has become very worn out and there is no sign of improvement.

There are no solutions for Syria’s problems and what makes everyone patient is not hope but fear.

The worst thing is that there are no plans on the part of the government members to deal with reality, as they receive instructions from the presidential palace on daily basis. There are no solutions for Syria’s problems and what makes everyone patient is not hope but fear.

To have an idea about how things are run, take the case of electricity as an example of the huge corruption in Syria. There is a very large number of solar panels in China that are only suitable for individual homes, as it is an old technology and there is no one to buy it. But how can Assad regime buyers force people to buy them? This is done by procrastinating the maintenance of power stations on the pretext of the unavailability of hard currency and whispering another pretext that the Iranians are not serious about repairing the stations, whether in Aleppo, Deir Ali or Zara. This will result in electricity being cut off in Syria for long hours. Thus, due to the pain of the Syrians, their relatives abroad will be forced to secure the amount of money for the solar energy that their families’ homes need.

Also, a decision has been or will be issued very soon allowing people to borrow the price of their solar panels and their supplies, and this is another pressure on the families. At the same time, organizations operating in areas under the control of the Assad regime are putting pressure on their international backers to make solar energy installation projects among the most important projects that must be funded.

Bashar Assad justifies to those around him that this is the best solution, even if people are pressured now, but the transition to solar energy is the solution for the future, so the media focused on this point. Our people in Syria, may God help you in everything, not only in the darkness.

The most important thing for Bashar Assad is to remain in power.

According to a friend who is a big industrialist, even the Russians and the Iranians do not think of a solution. For them, we are nothing but military spheres of influence.

We want a new Syria, but we must know very well how Assad’s Syria is run in order to fight him in the right way and for mistakes not to be repeated.

My question now is for the Syrians who are interested in public affairs: Did any of you develop a plan in cooperation with a country? According to a friend who is a big industrialist, even the Russians and the Iranians do not think of a solution. For them, we are nothing but military spheres of influence.

This is not a call to despair; rather, it is a wake-up call to action. 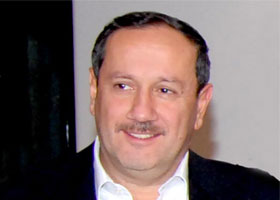