The Syrian people’s problem with the international community is the misconception that even official bodies, such as the UN, believe that the revolution in Syria and the subsequent developments and interventions were due to a dispute over a constitution or some articles in it.

Our problem in Syria has nothing to do with the constitution, its type, powers or the rights in it

Syria had a constitution in 1950, which was prepared by a constituent assembly, and it became the solid ground of integrity and legitimacy on which democratic and free governments were established. Our problem in Syria has nothing to do with the constitution, its type, powers or the rights in it.

Th 1950-constitution was “assassinated” in a military coup led by Adib al-Shishakli, who abolished it, and prepared a custom-made constitution that lacked legitimacy. Of course, al-Shishakli declared martial law under the pretext of defending the republican system.

When Mustafa Hamdoun toppled Al-Shishakli’s rule, he became the first military to restore the legitimate constitution of 1950, restore the president of the republic, Hashim al-Atasi, and restore the prime minister, Maarouf Al-Dawalibi, and after that Hamdoun returned to the barracks as an ordinary officer without powers.

In 1958, ten army officers led a coup that disguised under the umbrella of unity and went to Egypt and handed over Syria to Jamal Abdel Nasser.

Abdel Nasser abolished the 1950 constitution and proclaimed a constitution for the United Arab Republic, that was in line with his dictatorship and covered up by defending the unity between Egypt and Syria.

The devastating event was that Abdel Nasser declared martial law in Syria in defense of unity, while the unionist tide was sweeping and there was no need for him to do that.

In 1961, Syrian officers led a coup and restored the 1950 constitution. Martial law was abolished, and freedom, democracy and partisan activity were restored, and a Parliament was elected.

From 1963 until now, Syria has been governed by martial law and constitutions from the 1973 constitution to the 2012 constitution are merely ink on paper

In 1963, a Nasserist and Ba’athist alliance backed by the Ba’ath of Iraq and Egypt led a coup on March 8, 1963 which immediately restored martial law and abolished the 1950 constitution, again and again.

From 1963 until now, Syria has been governed by martial law and constitutions from the 1973 constitution to the 2012 constitution are merely ink on paper.

This situation in Syria can be summed up as follows: Martial law is usually declared under the emergency law in Syria as in all countries of the world during an actual or a civil war. But, in Syria, there was no civil war, and the war with Israel in 1967 lasted only for five days and in 1973 for of 11 days. Nevertheless, martial law continued for 68 years out of 76 years since Syria’s independence in 1946. Thus, the periods of democratic rule are from 1946-1949 (about 3 years), 1950-1952 (about two years) and 1961-1963 (about two years). So, the total democratic and constitutional period in Syria is only 7 years.

our problem did not arise because of a dispute over a constitution, but rather over martial law, which abolished constitutions

How many countries in the world are governed by martial law and emergency provisions, as the case in Syria? This is why Syria can be considered a special case of terror. It has its own scenarios and tactics of fear.

From this constitutional historical narrative, we conclude that our problem in Syria did not arise because of a dispute over a constitution, but rather over martial law, which abolished constitutions! The danger lies in the military rule which was dependent on supporters of the parties and later became dependent on a sectarian root. 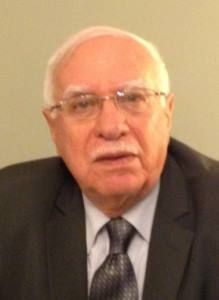