Tribute | Mai Skaf: ‘It is Great Syria, not Assad’s Syria’

James Foley was an American freelance text reporter and video journalist kidnapped by unidentified gunmen on Thanksgiving Day 2012 while covering the conflict in Syria for the Global Post. For almost two years his whereabouts were unknown until the radical Islamist group known as ISIS released a video on social media sites on Tuesday, August 19, 2014, of Foley being beheaded by a member of the group who spoke English with a strong British accent. The video was titled “A Message to America” and is believed to have been an act of revenge against the US for airstrikes it had conducted against some of its members in Iraq.

Following the video of her son’s murder, Diane Foley released a statement on Twitter confirming her son’s death adding that he had died while “trying to expose the world to the suffering” of the Syrian people. In addition, Mrs. Foley issued a plea to the terrorist group to release any additional hostages adding “Like Jim, they are innocents. They have no control over American government policy in Iraq, Syria, or anywhere in the world.”

James Foley was 41 years old when he died, and was the oldest of Diane and John Foley’s five children. Born on October 18, 1973, in Evanston, Illinois. Jim grew up in the beautiful town of Wolfeboro, New Hampshire. After graduating from high school in 1992 James attended Marquette University in Milwaukee, Wisconsin where he found himself being challenged to become a voice for the voiceless.

After graduating from Marquette in 1996, Foley spent four years teaching inner city youth in Phoenix, Arizona for a program called Teach for America. He spent the next two years in Amherst, Massachusetts educating unwed mothers so they could get their GEDs while acquiring a Master’s Degree for himself in writing at the University of Massachusetts at the same time. Before becoming a full-time conflict journalist, Foley also spent some time teaching English to inmates of the Cook County jail in Chicago.

While attending the Medill School of Journalism at Northwestern University in Illinois, Foley realized that he could use his writing skills to be a voice for the poor, the underprivileged, and those who suffer due to war. He began his career as a war correspondent first in Iraq, then Afghanistan, then Libya where he was detained by Gadhafi’s regime for 44 days, and finally in Syria where he relished the kindness and generous hospitality of the Syrians he met there.

In 2016 some of Foley’s closest friends made a documentary film about his life titled “Jim: The James Foley Story.” The film contains interviews with family, friends, journalist colleagues, and fellow hostages that provide insight into Foley’s character, his work, and his legacy that continues to inspire others. It also features “The Empty Chair,” a song written and sung by Sting ·and J. Ralph. Directed by Foley’s childhood friend Brian Oakes, the film premiered at the Sundance Film Festival on January 23, 2016, and on HBO on February 6, 2016. The film is also available to rent or buy through Amazon Prime Video. 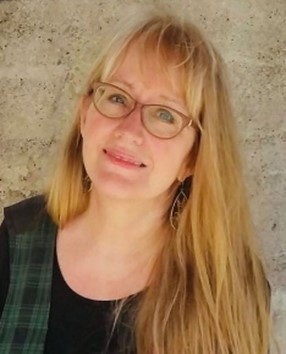