Syria must go back to news headlines, not the Arab League

March 2021 marked the tenth anniversary of the beginning of the anti-Syrian regime protests, which after being brutally crushed by the security forces escalated into a civil conflict that continues to this day. A decade later, the Damascus government seems to have won as the country’s leader, Bashar Assad, is still in power, and rebels have been pushed out of the capital in areas dominated by radical factions. Sharing news from Syria ten years later is harder than ever, although the conflict is not over, it has disappeared from television screens in Europe, giving the impression that everything is back to normal. Some EU political circles are using this to call for refugees to return to their homeland. All this is a deceptive feeling and it must be remembered why the worst war of our time is still a challenge to security, stability, and international order.

The statistics are indicative after years of fighting. According to official UN figures, 390,000 have been killed. However, the international organization stopped counting the casualties for some time and is using information from local authorities which in turn say that about 600,000 have died. Of the total death toll, about 100,000 were tortured in government prisons, where about 150,000 are still being held. Statistics from activist groups show that more than 200,000 people are missing. More than a million were maimed and seriously injured. Statistics show another grim detail of the war – more than 12,000 children lost their lives, mostly in airstrikes and shelling. A whole generation is lost or grew up during the war. Ninety percent of Syria’s population could be below the poverty line. Not surprisingly, Syria registered 54% unemployment in 2019, according to the UN. A record 12.4 million Syrians – or 60% of the population – cannot afford food on a regular basis, according to new data from the UN World Food Program. Of the country’s pre-war population of 23 million (about the population of New York), more than 5.5 million are refugees. Another 11 million are internally displaced.

Enough statistics. How is it possible that all this does not matter? The Syrian regime needed two years to consolidate its positions with the help of its allies. In less than two years, the world has lost interest in Syria and its people who have been fighting the same regime for ten years. Syria is dropped out of the headlines. Syria does not find its rightful place in the international news exchange. Despite all the events, despite the importance of the country and the conflict’s importance. When was the last time you read something about Syria? Today, Assad’s forces hold about 60 percent of Syria’s territory, up from about 30 percent in 2014. In 2020, the Assad family celebrated half a century of rule.

Oblivion is one of the most dangerous enemies. For some Syrians abroad, events are beginning to fade, nostalgia is prevalent, and some, tired of everything, are beginning to justify the situation in which a regime responsible for the killing of hundreds of thousands is seen as legitimate, promoting itself as a partner of the international community. Russia’s propaganda, which intensified after the intervention in Syria in 2015, managed to change the rhetoric of the war and shift the focus from the regime.

If we now watch TV on one of the regional channels in the Arab world, we will see discussions about whether and when the Arab League will bring back Syria as a full member – a place that Damascus lost because of its widespread repression against protests after 2011. We will also see reports on the rapprochement of countries such as the UAE and Jordan with Syria. It will be explained to us that it is about pragmatism, geopolitics and that Assad is not exactly a friend, but he is needed in the imaginary fight against Iran.

One of the biggest problems in the discussions on Syria outside Syria is that it affects the humanitarian side of the conflict, while it is about much more. The Syrians do not want blankets and tears, but justice and security to return to their homes someday without being arrested at the border. In the last months of 2021 in southern Syria, the local people rose against Tehran’s presence, against the corruption and violence that spread through the Assad regime, against Damascus’ attempts to violate the agreements and take de facto control. For weeks, as a collective punishment, the regime imposed a blockade and siege of Daraa, the epicenter of the resistance. For seventy days, the city’s residents have been subjected to starvation and shelling, methods that Syrians are well acquainted with from previous years of conflict. Such tremors are expected because the regime cannot control its own areas and will not succeed – it is already a rusty machine, maintained by donors and narco-trade.

There will be more crises, and these crises will affect a much wider region. The world will understand this when it is too late. 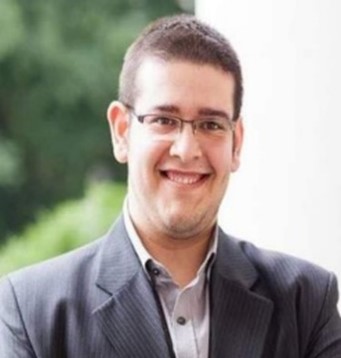 Ruslan Trad
Ruslan Trad is a freelance columnist, journalist, and author with a focus on Syria, conflicts, hybrid warfare, and mercenaries. Trad was a correspondent in Lebanon, Turkey, Iraqi Kurdistan, and Thailand for TEMA Weekly and Bulgarian National Radio.