Last week, a young Syrian man died of a heart attack in exile: Ali Mnamoun was only 19 years old and left this earthly life far from his country and loved ones. A few days before, Murad Al Shawakh, a well-known and loved activist from Aleppo, a young man in his thirties, died for the same cause in France, leaving two beautiful children behind. They’re only the last two of a long chain of young Syrians between 20 and 35 to have suddenly disappeared because of strokes, despite looking healthy. Yet, women are not exempt, the most ‘famous’ case being that of beloved activist and actress May Skaff.

What do these young men have in common besides being young and Syrian? First of all, most of them are in exile, either in European countries like France, Germany, Belgium or Holland or in other mideastern countries like Lebanon, Turkey and Jordan. Secondly, most of them cannot be considered friends of the Syrian regime, despite not all of them being politically active. One thing is sure: wherever they are, these young people carry burdens way heavier than those of their peers from other countries: some still have to struggle with the basic necessities of life and with an extremely uncertain future, some have lived through war, prison and torture; all of them have experienced exile and the “loss of the homeland,” as well as the loss of many loved ones.

Not just this. For those who openly supported the revolution and actively took part in it, the Syrian regime’s seeming victory and its progressive rehabilitation in the face of the international community has been a hard, almost unbearable, blow to accept. The lack, so far, of a happy ending has put many young Syrians’ patience to test making them wonder if their sacrifice was ever worth it. Despite being deeply convinced of the values carried by the Syrian revolution, many feel burdened by a heavy sense of guilt –-towards themselves, their families and the future generations— they are sometimes not capable of giving voice to. They carry on their shoulders the weight of the victims but also that of those tormenters and oppressors who have never paid for —and in the end not even admitted to— their crimes. Furthermore, their chest is oppressed by the continuous misrepresentation of facts, by the truth being systematically buried and transfigured to fit the so-called winners’ version. Between these young men and the dreams they had when they started the revolution lies an actual ocean of blood and even if most of them will never regret choosing freedom over subservience, they cannot help but being faced with unfathomable pain.

What does science say?

Intuitively, the correlation between psychological trauma and heart diseases is quite evident and obvious but scientific studies can help us better understand what is going on in many Syrians’ lives. The influence of stress on the development of heart diseases is renowned and well described in scientific literature. As a matter of fact, stress conditions subject the body to a “fight, flight or freeze state” which, in its turn, causes hypertension, rhythmic disorder and perpetual vasoconstriction. In particular, science has established a clear connection between PTSD (Post Traumatic Stress Disorder) and heart issues. If consistent stress in ‘normal,’ daily life, can have terrible consequences on the cardiovascular system, the stress produced by exposure to extreme violence and war, conflict, prolonged deprivation, loss, mourning and exile can have devastating repercussions on the body and the heart. As stated in a study around cardiovascular diseases in war victims and veterans: “Affective disorders characterized by immense psychological trauma, such as war-related PTSD, are associated with cardiovascular disorders,”[1] a truth already introduced by previous American studies on Vietnam, Iraq and Afghanistan veterans.[2]

A study specifically conducted on Syrian refugees in Jordan and published in 2019 claims that although, prior to 2011, cardiovascular diseases were already the primary cause of Syrians’ death, the Syrian refugee crisis has caused a climb in deaths due to non-communicable diseases (NCD), the most common of which are (CVD) cardio-vascular diseases. The study explains why:

It is known after World War II that situations such as in Syria create major stress and lead to an increased cortisol baseline level and low cortisol response to stress. If, under such circumstances, a myocardial infarction occurs, the mortality rates rise a fourfold level in comparison to normal population […]. Migration and belonging trauma of Syrian refugees and additional socioeconomic problems generate an enormous amount of stress and thus is causing cardiovascular disease.[3]

Are there any viable solutions?

Could more be done to reduce Syrians’ stress levels due to severe forms of PTSD? The simple answer is that addressing the trauma professionally would certainly help. At a practical level, this is very complicated. First of all, we’re dealing with huge numbers: hundreds of thousands if not millions of people. Secondly, too many Syrians are still living in precarious living conditions and struggling to provide for their basic needs, a situation which intensifies stress while at the same time pushing the psychological issue in the background. Last but not least, treating such complex forms of PTSD requires specifically trained professionals who should also be fluent in the Arabic language. There are some isolated projects but they’re not enough. Science is proving that Syrians in exile run four times more the risk of dying of a heart attack. This is why their health, and specifically their mental health, should be put first. 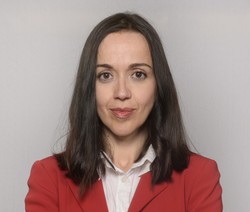