Between 1920 and 1946, Syria and Lebanon were under the French Mandate, by virtue of Article 22 of the Charter of the League of Nations, approved on April 25, 1920 (Henry Gouraud was the first French High Commissioner). Despite the many disadvantages of this Mandate, there were some benefits in the sectors of security, education, food, road construction and building the nucleus of the modern state in Syria.

Exactly 100 years later, in 2020, President Vladimir Putin appointed Alexander Yefimov as the Russian Extraordinary and Plenipotentiary Ambassador to Syria. This immediately rang a bell in the minds of many Syrians and reminded them of the French High Commissioners and the days of the French Mandate, bringing the question “Why not?” to the table of discussion among some researchers and experts, Syrians and non-Syrians.

Russia has been evading its duties as a state that is exercising some kind of mandatory presence from the first day it entered the Syrian territories in September 2015 and in fact long before that but in other equally important forms. It does not contribute to providing the Syrian regime with oil and wheat, being the largest exporter of these two in the world.

Russia has tested 320 types of weapons, according to a statement by its Minister of Defense Sergei Shoigu, and has fired all kinds of weapons at Syrian civilians, displacing them, following a scorched earth policy just as it is doing right now in Ukraine.

in the Russian sphere of influence, people are living through unprecedented levels of hunger and extreme poverty that they had never experienced before

It is true that current Syria has turned into three spheres of influence: a Russian one where the Syrian regime, its institutions, its army, and its shabiha are present, an American one, and a Turkish one, still in the Russian sphere of influence, people are living through unprecedented levels of hunger and extreme poverty that they had never experienced before. This is due to the Russians’ neglect of their duties towards their administrative area of ​​influence, after they destroyed it militarily, displaced most of its inhabitants and supported the regime in arresting and torturing hundreds of thousands.

Russia with its allies did not stop at bombing and displacing the Syrians. They continue targeting them in the camps and the areas to which they fled from the lava of Russian missiles and artillery.

The Russian insistence on supporting the Syrian regime and not working on a real political solution that will return the refugees and the displaced to their homes safely are making things worse.

An objective look at the reality of the Russian presence in Syria gives the impression of the Russians’ intention to stay for at least half a century in Syria, especially since the Russians signed an “agreement” with the Syrian regime to stay at the Hmeimim base for fifty years, and other “agreements” such as the seizure of the port of Tartous for a period of 49 years extended automatically for a quarter of a century, and dozens of long-term contracts. Russia does not intend to leave Syria. Therefore, it needs to be looked at as a mandate power just like France at the start of the 20th century.

The United Nations does not legitimize the colonization of states but Russia is present, to use the most diplomatic word, in Syria, whether we like it or not, and because there are no special provisions in the laws of the United Nations pertaining to the mandate powers, Article 22 of the League of Nations Law needs to be seriously considered and Russia must abide by it as a colonial power.

The talk about a political solution, according to the Geneva process and UN Resolution 2254, is a waste time and it will increase the suffering of the Syrians since the Russians with the Syrian regime buried it a long time ago. It was officially announced by the Russian President’s envoy to Syria, Alexander Lavrentyev, in December 2021 that the Syrian opposition “should put forward some concrete proposals and not indulge in speculations that there can be no changes as long as Bashar Assad is in power.”

the world must demand that Russia should declare an official mandate over Syria, according to the principles of Article 22 of the League of Nations

Based on what has been mentioned, and since the Russian flag and pictures of the Russian president are everywhere in Syria, the world must demand that Russia should declare an official mandate over Syria, according to the principles of Article 22 of the League of Nations, and carry out its administrative tasks, improve the standard of living, create job opportunities, guarantee freedom of thought and religion, and maintain public order and morals.

The Russian prospective mandate in Syria must prohibit violations such as arms smuggling, drug and Captagon trade, after Syria has unfortunately become the world capital of Captagon, prevent the establishment of military training centers for purposes other than police and land defense, and provide food, medicine, fuel, electricity and water, in addition to equal opportunities for trade and commerce with the world.

It must also impose the circulation of the Russian ruble alongside the Syrian pound, not due to its strength, but it is at least more stable than the pound, being the currency of the most failed state in the world. Thus, the Russian mandate will fulfill its economic obligations in Syria, as it controls most of the Syrian resources, including oil, phosphates, ports, and others.

Last but not least, the biggest task of the Russian mandate is to remove more than 400 military bases and points for Iran and its sectarian militias from the Russian sphere of influence, so that there will be no two colonial powers at the same time in one geographical location. 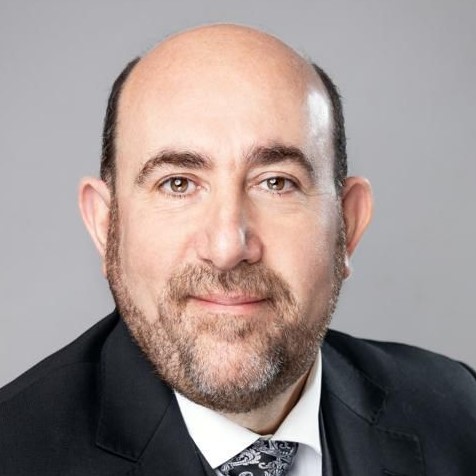 Osama Kadi
Holds an MA, an MBA and a Ph.D. in Economics; Economic & administrative advisor; Lecturer of Microeconomics, Macroeconomics, and Business; Appears on media to analyze international and Syrian economic matters