‘Every day is a nightmare’: A personal narrative of life in Syria’s Idlib

Ibrahim is an elegant middle-aged man, whose tenderness, which no murderous dictator can destroy, is reflected in his eyes and gives resonance to his voice. Assad regime and the Russian occupation forces struck his town with sarin gas in April 2017, then carpet bombed it and its surrounding areas, making sure to leave Khan Sheikhoun in ruins, setting fire on agricultural lands, not only to inflict severe damage on civilians, but to ensure that survivors would not have a chance to harvest their crops, nor be able to return home. Displaced in Idlib City, he spent four days sleeping with his family outdoors, until they found an apartment to rent, and there they sheltered dozens of displaced, while helping them to find apartments. Between bombardments, he returned home to visit the graves of those loved ones killed, to take pictures of his beloved garden, to harvest fruit from his lemon tree, and to save as much as he could from his house. Each visit meant challenging death again. Relatives were targeted on the road leading from the town, while trying to leave. He attended their funerals.

Assad and Putin hunt tirelessly, regularly attacking Idlib. There are no shelters underground where Ibrahim lives. Once, a bomb struck outside the building, the living room was filled with stone bulbs, glass splinters and gravel. The family had run out, seeking safety on the bottom floor, alerted by the sirens, but he had returned to pick up his package of cigarettes. He could have died, but he laughed. “Haha, we are used to this, do not worry. The babies are alright.” He always handles my fears with gallows humor and laughter.

His spine is severely damaged by shrapnel from earlier bomb shelling. He can no longer sit, or stand up for hours. He does not find administrative work, and he had to abandon his last work, as his pain forced him to return to bed, leaving him without income. His sons do not earn enough to cover for all expenses.

During three years, the rent has increased from $25 to $100 per month. In the city of Idlib, charity organizations do not work like they do in camps. People may have an apartment to live in, but there is no delivery of aid baskets, clothes, diapers, or other necessities. Prices are skyrocketing. The Turkish lira has lost value and people in Idlib are dependent on the Turkish currency. The constant worries haunt people. “Every day is a nightmare. We cannot buy milk or diapers for the babies.” When Ibrahim’s financial situation deteriorated, he started selling off possessions, like furniture and his wife’s earrings. He only had his car left, and it was time to sell it, but somebody decided to steal it.

His wife gave birth to a child two weeks after a heavy bombardment of Idlib, where a hospital was targeted. Their 10-year-old daughter lost consciousness when the bombs fell. The baby stopped breathing at birth and received oxygen gas. An hour later, they were urged to leave the crowded maternity hospital. The child regained strength, but periods of illness replace each other. His younger sibling has shown signs of malnutrition. They are usually taken to the children’s hospital 15 km away, a journey that should take twenty minutes, but the roads are badly bombed.

Ibrahim’s appearance of perseverance was recently betrayed by a collapse. He was found unconscious by his sons and taken to hospital in an ambulance. Tests were performed while he was in the intensive care unit. He temporary lost his ability to see, speak and move. He received a medical prescription, and was sent home with a new debt that amounts to $115. Were it not for friends who make small donations, life in a tent would be a harsh reality. He has relatives living in camps, but he refuses to see himself in a tent, with cold and muddy water flooding in.

People are dying slowly in Idlib, while Assad and Putin keep intimidating them, starving them, humiliating them and shelling them. All of us who refuse to turn our backs on people in Idlib, helplessly watch. We see the abyss open up to our friends, and there is nothing we can do to save them. 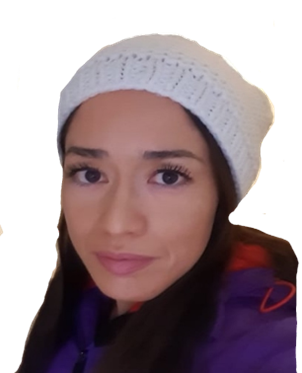 Tania Chavez
Tania Chavez is a Chilean student majoring in Biotechnology at the Swedish University of Agricultural Sciences in Uppsala, Sweden. When many Syrians arrived in Sweden in 2015, she started volunteering at a language cafe, where she met many people escaping from war-torn countries, and she soon wanted to know more about Syria. Spoken and written languages are Spanish, English and Swedish.